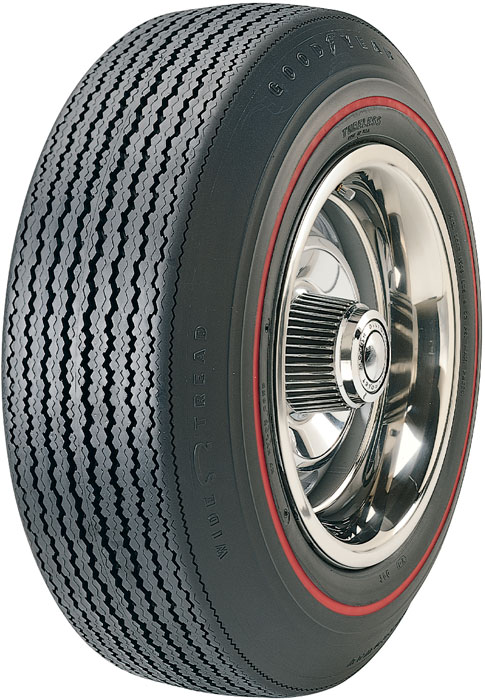 In 1967 muscle was definitely underway and Goodyear was right there. The Goodyear Speedway Wide Tread series lead the pack providing the lower stance and wide tread footprint required to handle the newly released O.E. horsepower.